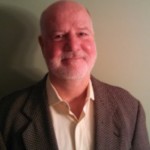 • Secured commercial rights to the International Space Station from NASA and Boeing for video network in top US museums.

At the height of the first internet bubble, Paul was recruited to run the NY sales office for NetZero. NetZero was the largest, free ISP service in the country. He was responsible for the development of new “brick & mortar” businesses for the East Coast & Detroit

• Launch of Automotive Channel with GM

Paul got his start in the advertising business at Y&R in the late 70’s. He moved to the client side to become Clairol’s first media manager. From there he launched the first Print Negotiation Team at Grey Advertising to take advantage of flexible rate cards and bulk buying. Hachette Publications recruited Paul to be their first Corporate Marketing Director and later Global Advertising Director. Highlights of his early career are:

• At Clairol Paul managed Women’s Tennis Sponsorship at the US Open and sponsored the first Place-based media Girl Talk Magazine, which was distributed in Beauty Salons

• While at Grey Adv. He negotiated multi-million dollar packages for Whittle’s Special Report in Doctor’s offices on behalf of Kraft and P&G

• During his Hachette tenure, he increased Corporate sales from $17 million to 37 million and increased Global sales from ($750K) to $21 million

• In 1988, Ad Age voted Paul the most quoted person in media that year

Ernie is an experience media executive with extensive business skills across all platforms. He has spent his entire career in the media business which has given him the opportunity to work for a wide variety of organizations ranging from the pure entrepreneurial start up through well-
established multinational companies and brands. A recognized leader with strategic vision and insights who has a results oriented reputation. He has taken a leadership role in each organization and has built and extended brands thought out his career. Utilizing core competencies he has been successful in achieving and exceeding business goals and objectives.

He began his career as a national sales representative for TV Guide Magazine and was selected to be part of an elite group for their management training program. He quickly honed his sales, marketing and management skills and went on to become Advertising Director of Home Mechanix Magazine. Early in his career he was recruited as the launch publisher of Golf Illustrated Magazine and took this brand to national prominence. Under his leadership the magazine was named to AdWeeks “Hot Ten” list for 2 consecutive years. He spent a number of years in the golf media industry, relaunched Golf Illustrated under new ownership and was also Publisher of Golf magazine. While serving as VP Publisher of Golf Magazine he significantly grew their print, digital, TV and event business. As Publisher of Golf Magazine one of his most significant accomplishments was surpassing Golf Digest in total annual advertising pages, a first ever in the history of the brand.

He has held a number of Executive /Publisher positions including Advertising Director of Playboy Magazine, VP Publisher of the Robb Report and launch President/Publisher for Absolute Magazine, a luxury high end lifestyle magazine targeting affluent NYC consumers. At The Robb Report Renzulli orchestrated the USA relaunch of Rolls Royce Motor Cars. Through a unique partnership, Robb Report captured the entire Rolls Royce media budget for the introduction. While there he was responsible for launching their luxury web site which included an exclusive real estate component. As the media industry evolved Ernie transitioned to the digital side of the business and was COO/Publisher of Shermans Travel Media, an online site for” travel deals”. He was VP Group Publisher for Bonnier Corporation and created their “Travel & Epicurean Group”, which was comprised of 5 luxury homogenous brands. While there he revamped their digital platforms and strategies which resulted into significant new revenue streams and business partners. Ernie was responsible for the largest ever corporate partnership with “Visit Florida”.

Ernie has worked in a wide variety of industry segments and much of his career has focused around leading national brands. Renzulli has extensive experience in the luxury marketplace, has a strong working knowledge and understanding of many of the verticals within in this group.
He is a graduate of Fairleigh Dickinson University and also has an MBA from the same institution. He is an avid golfer, traveler, is married with 3 grown children and resides in the NY metro area.

Doug is the owner of Ad In The Hole USA and is responsible for the company operations. He has been involved in all aspects of business management with emphasis on developing and maintaining client relationships and IT systems. Mr. Malecki works directly with golf club owners and management companies to formulate revenue development strategies. He monitors all project performance to ensure compliance of the company’s stated goals and expectations. Driving companies’ brand development, sales growth, operation efficiency and strategic planning have proven to be his strengths that have held the test of time. Douglas brings valuable insight and knowledge regarding the leadership and management challenges faced by start-up and growing companies and brands.

Beginning his career with a small retail company in Jacksonville, FL , Douglas played a large role in expanding the product/service offering resulting in over $1 million in revenue catering to the private and commercial use of exotic foliage and maintenance provided in interior and exterior situations. He quickly established himself as a leader and within six months earned the position of sales and marketing director within the family-owned business.

Douglas was recruited by a nationwide distributor of industrial products catering primarily to the manufacturing industry. While limited in his advancement opportunities with the landscape company due to the size and nature of the organisation, he re- located to Tennessee along with his wife. He successfully completed the company management training program, arming himself with all the essential tools to manage one of the company’s US branches. Achieving success in all tasks of the distribution business, including inside customer support and sales, account management, warehousing and inventory control, he repeatedly proved his ability to deliver strong and sustained results.

Although satisfied with the achievements and opportunities in the distribution industry, Douglas took the chance to fulfil a dream and relocate to his wife’s homeland of Switzerland. He overcame the challenge of becoming fluent in a second language and within 12 months assumed the position of managing director. Doug utilised his natural and learned talents in financial analysis, budgeting and controlling to establish the movie theatre chain as the market leader in Basel, Switzerland. In 2004, he played a significant role in expanding the chain, overseeing the start-up of Zurich’s and Basel’s first traditional multiplexes. The size and strength of the company made it very attractive to a large European chain and in early 2007, the sale of the company was completed, allowing Douglas, his wife and two children to return to the USA to pursue further goals.

Upon his return the the United States in Spring of 2007, Douglas put his entrepreneurial spirit to work and assumed the patent rights to Ad In The Hole, a concept placing advertising in the hole on golf courses nationwide. He additionally was one of two founding members of Nite Beam Products, LLC, a line of LED safety products for outdoor enthusiasts. Through strategic partnerships and networking abilities, Douglas has been extremely successful launching and managing both companies.

Throughout his career, Douglas has had the opportunity to strengthen his strong people and leadership skills, management know-how, as well as team building ability, strategic sourcing, technology implementation, and operations management.

Douglas earned his Bachelor of Business Administration from the University of North Florida in 1996 and earned his MBA with concentration in Finance and International Management in 2012. 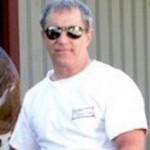 Mike is a veteran media sales executive. He has traversed all media platforms working with and for many blue chip companies like Time Inc, Forbes, American Express, National Geographic, Primedia, Hachette and many others who control marquee brands like Elle, Car & Driver, Photography, Road & Track, People, Woman’s Day, Cycle World, Photography, Time, Home & Garden, Sports Illustrated, US, GQ and scores of others.

In the process he has helped pioneer a number of new marketing approaches to advertising sales including advertorials, custom publishing, custom events, and digital marketing platforms.

• Some recent sales include a $500,000 sale to Pepsi for Mt Dew (including TV, events, local market tie ins and print),

• Created an integrative digital travel landing page for Maryland Tourism and Civil War for the Weider History Group to encourage travel to Maryland in 2013 that traced Lee’s advance and retreat through Maryland re 50th Anniversary of the Battle of Gettysburg (which attracted over 2,000,000 tourists)

Mike and his sales team sell local and national advertising and sponsorship programs for DLN.